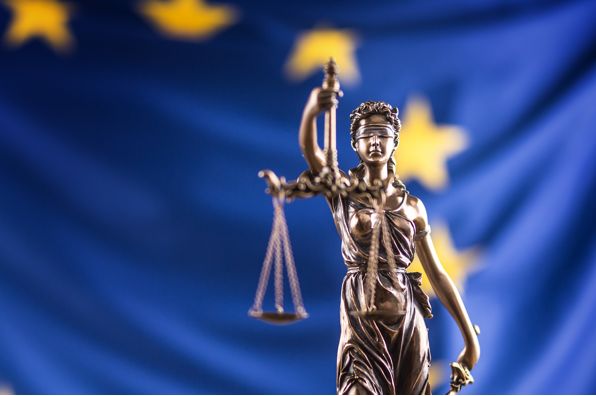 Titanium dioxide is an inorganic chemical substance that is used mainly as a white pigment in various products such as paints, detergents, cosmetics, sunscreens, medicines, paper and plastics.

The General Court considered that the Commission made a manifest error in assessing the reliability and acceptability of the study on which the classification was based, and violated the criterion according to which this classification can only refer to a substance that has inherent cancer-causing properties. Indeed, the risk of carcinogenicity is only associated with some respirable particles of titanium dioxide, when these are present in the form of dust containing 1% or more of particles with a diameter equal to or less than 10 μm.

The General Court thus declared the Commission’s delegated regulation of 2019 null and void in the part in which it refers to the harmonized classification and labeling of titanium dioxide as an inhalation carcinogen in certain dust forms.

A "cookie" is information that our website sends to your browser, which then stores it in your system. The cookie allows our website to "remember" information about your settings until you close the current browser window (if the cookie is temporary) or until you disable or delete the cookie. Many users prefer to use cookies to help them navigate websites more easily. Their storage is under the full control of the browser used by the user. This can restrict or disable the storage of cookies as desired.

Setting to enable/disable a specific group of cookies does not activate the cookies themselves on the page. Here you only select which groups of cookies you want to have activated.

To enable cookies on the page, you must additionally agree by clicking the "Accept" button in the cookie banner.

Non-necessary
Edit | | Delete All cookies that are not specifically necessary for the operation of the website and are used to collect data for analytics, advertisements and other embedded content are called unnecessary cookies. The user’s consent is required before these cookies can be activated on the website. Cookie Type Duration Description _gid third party 1 day Registers a unique ID that is used to generate statistics about how the visitor uses the site. _gat_gtag_UA_XXXXXXX_X third party 1 minute Used for web analysis. _ga third party 2 years Creates a unique ID that uses it to record statistics about who visitors are to this site.
Functional
Functional cookies help to perform certain functionalities like sharing the content of the website on social media platforms, collect feedbacks, and other third-party features.
Performance
Performance cookies are used to understand and analyze the key performance indexes of the website which helps in delivering a better user experience for the visitors.
Analytics
Analytical cookies are used to understand how visitors interact with the website. These cookies help provide information on metrics the number of visitors, bounce rate, traffic source, etc.
Advertisement
Advertisement cookies are used to provide visitors with relevant ads and marketing campaigns. These cookies track visitors across websites and collect information to provide customized ads.
Others
Other uncategorized cookies are those that are being analyzed and have not been classified into a category as yet.
Necessary
Mandatory cookies that are absolutely necessary for the website to function and cannot be turned off. Cookie Type Duration Description cookielawinfo-checkbox-non-necessary persistent 1 year This cookie is mandatory and used to store the user’s cookie choices. cookielawinfo -checkbox-necessary persistent 1 year This cookie is required and is used to store the user’s cookie choices. viewed_cookie_policy persistent 1 hour To store cookie choices.
SAVE & ACCEPT
Powered by